This post talked about one of my experiences in code review and ultimately lead me to the discovery of the difference between Array.isArray and Lodash _.isArray. Without further ado, let’s start the story.

The story starts by beginning sending a merge request for review in Gitlab. It is similar to the pull request you known in Github.

In the code itself, I am using lodash isArray to check the variable. Refer the below code snippet.

At this moment, the reasons that I use lodash here is because

However, when my peers started to review my code, he raised a very good question which I myself never considered until that moment.

Why use lodash instead of native array check Array.isArray() ?

It was this question that lead me to the later discovery and I really appreciate the question by my peer which inspire me to do the later study.

I started off by trying the keyword "Array.isArray vs lodash isArray". Apparently, there are also a special group of folks who questioning the same things as me.

The screenshot below show the search results. You would be able to see there is even a performance benchmark between them which created 2 years ago. 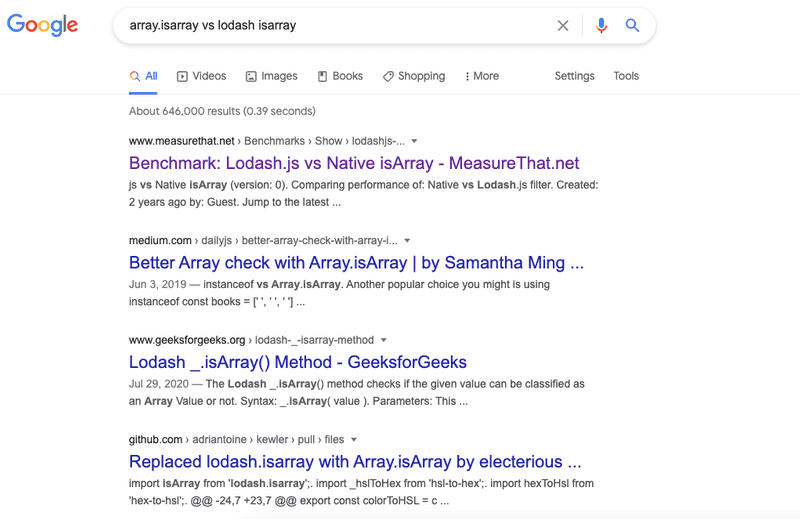 However, I decided to dig into the Lodash's source code to discover the truth myself. Finally, I found the below code snippet in Lodash. From the code snippet below, I found out that the isArray function in Lodash is actually using the native Array.isArray as well.

Thus, this actually tell us that is no difference between using lodash isArray and Array.isArray in you code as they're both leading to the same implementation anyway.

After this discovery, I can share with the people who're struggling about this and told me that you shouldn't use the isArray from lodash, the performance for the native Array.isArray is far more better & optimized. Nah!!! They're the same things after all. 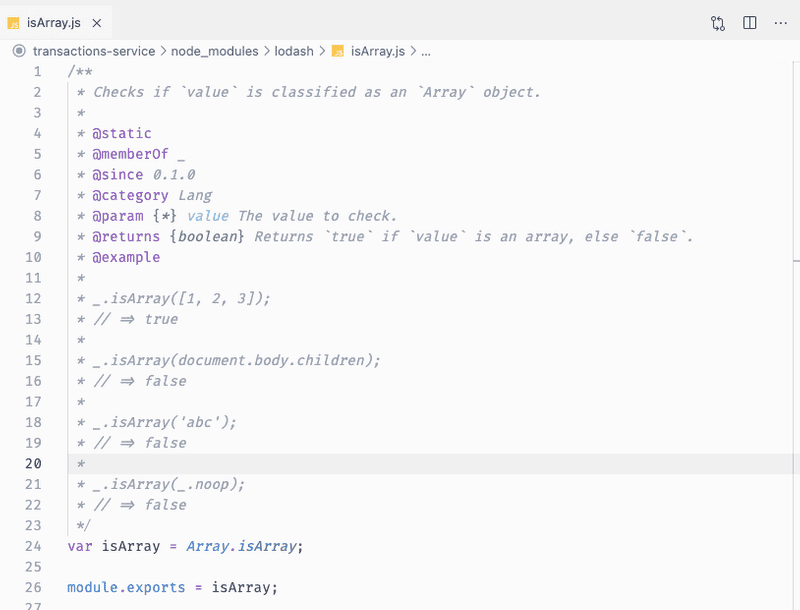 From the discovery, there is no difference between isArray from lodash library and native built-in Array.isArray since they're both however lead to the same implementation.

However, there is one point I want to highlight over here. You shouldn't choose to install lodash just to use isArray even they're are using the same implementation, because the greater concern here is you just added a dependency to your project, but you can use that functionality without installing it.

Thank you for reading and see you in the next article.